GPS & Wi-Fi Wireless Automated Data Download
The SD4FHW series offers a low-cost student video surveillance system with a higher level of Video Evidence Security virtually eliminating the possibility video files will be viewed by outside parties on unauthorized video players. This enhanced video file security is shared technology and incorporates the same enhanced Video Evidence Security of the High Definition FHD4 is a 1080P-AHD High Definition lower cost school bus pupil transportation solution. The SD4FHW version offers Built-in GPS providing; vehicle speed, and free On Screen Mapping during playback. In addition, the SD4W has a built-in Wi-Fi Wireless module with an external Wi-Fi antenna for increased range, as well as Automated Data File Download CMS software included with the system at no cost. The SD4HW mobile vehicle surveillance DVR has no moving parts in the recording mechanism, making it 100% Solid State Digital. It is able to endure very harsh environments making them well suited for high-risk vehicle applications that require rugged solid state dependability for video evidence. Driver Behavior recording aspects of the 3-Axis accelerometer, combined with the active driver alerts, provide a powerful tool for management. On-bus cameras can be employed as either; bus video event recorders or bus safety camera surveillance systems. The fact that they are both cameras on buses does not mean they will operate the same way. In-bus safety camera systems are continuously recording the video data from the surveillance cameras, while the mobile DVR can automatically trigger Event Alarm aspects of the High-Definition 1080P school bus camera, such as high G sensor impacts or inertia or Overspeed.

A common request is for more than four school bus cameras to be incorporated in a single school bus student safety onboard cameras solution.

There is an important tradeoff in memory storage devices used in school bus camera systems:
Hard Drive is fragile and often crashes but holds massive amounts of data
Solid-State SD cards are extraordinarily dependable but hold up to 512GB of data

Typically more than four cameras from a single 4-channel Hight Definition DVR will require a fragile Hard Drive for the increased memory storage needs of 6-8 camera systems. Long ago, we stopped selling the fragile Hard Drive based DVRs as there were so many catastrophic failures when they were needed. Most like, in the case of an accident, most fragile Hard Drives could not survive the crash regardless of the fancy name given for the rubber or elastic polymer plastic bushings they fitted the Hard Drive with; in many cases, they were unusable when needed most.

Customers who seek the durability and reliability of 100% Solid State SD card-based DVRs in their school student child safety surveillance camera solutions have come up with a simple way to get more than four cameras for school bus surveillance or pupil transport security video cameras recording on a single-vehicle. They incorporate two separate vehicle high-definition video recorder DVRs onboard and dedicate each onboard school bus camera high-definition digital recorder to a task or operational concern.

For example;
School bus Stop Arm Cameras are becoming more commonly requested, but they still wish to document the activities of the children on the school bus via a surveillance camera DVR recorder.
A school district contacted us and told us they would need to equip eight student charter bus contractor buses with camera systems, so we provided them with literature and pricing. When they sent us a PO for the purchase order, they requested 16 4-camera systems. When I asked if this was an error or typo because they only had eight buses, they told us each bus would have two 4-camera DVRs setup, one for student child safety surveillance inside the bus and one for Stop And Forward-facing, Stop Arm Rear-facing, on on the left side watching the wheelchair lift and one facing the rear for backing up. 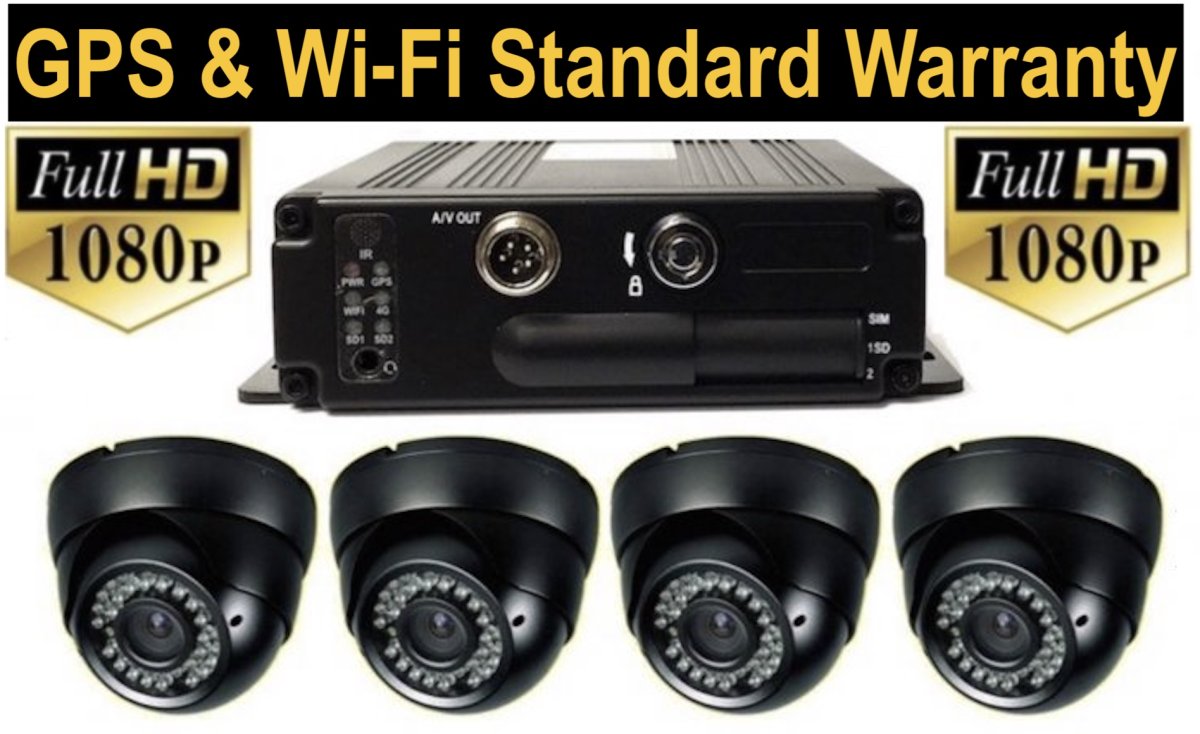